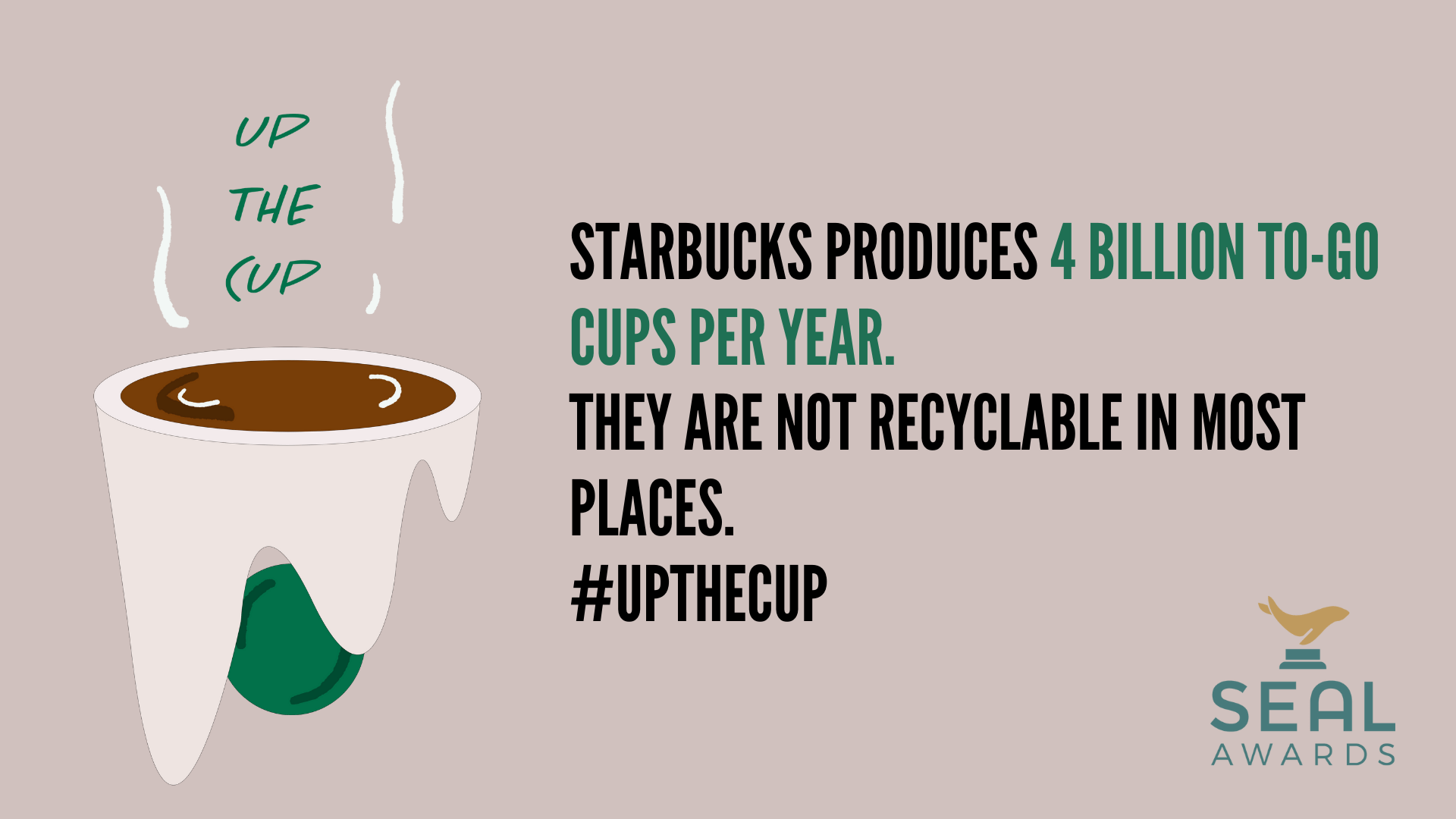 Posted at 19:11h in Uncategorized by Matt Harney
Share

August 4, 2021 – Starbucks produces 4 billion single-use paper cups each year. Unfortunately, they are not recyclable in most places. Despite bold sustainable packaging commitments in 2008 – nearly 13 years ago now – Starbucks has yet to implement a truly recyclable solution. The SEAL Impact Team presents UpTheCup, a campaign dedicated to clear up the misconception surrounding the sustainability of Starbucks Cups and paper cups in general.

One of the main drivers of climate change is the greenhouse gas emissions emitted by landfills, which contributes to nearly 15% of the methane emissions in the US. One of the most effective ways to reduce the GHG emissions from using paper cups is through recycling. When paper cups are effectively recycled, it can cut around 54% of their GHG emissions from each cup’s total life cycle. The current design of most cups makes them incapable of being recycled. The paper cups Starbucks currently uses contain a plastic lining, which prevents the cups from being effectively recycled in most places since it gums up the machines and forces workers to manually pull the obstruction from the machine and then send the waste to the landfill.

There is very little awareness in the US that paper cups are not recyclable. A key goal of the #UpTheCup campaign is to spark awareness within the US like what the “War on Waste” documentary series achieved internationally.

A US-wide consumer survey (sample size of 1,000) conducted by SEAL:

When first investigating the issue of paper cup sustainability further, the SEAL Impact Team was surprised to learn that fully recyclable paper cups are widely in use globally.

“While we commend many of Starbucks’ sustainability efforts – like powering its US stores with 100% renewable energy – our existential climate crisis requires bolder and more immediate solutions,” commented Matt Harney, Founder of SEAL.

“At heart, the cup problem is a moral and leadership issue. Like the 83% of consumers we surveyed, I recently thought that paper cups were, in fact, recyclable. Like most citizens, I like to do my part by recycling. But your average citizen cannot be an expert on industrial packaging trends in Europe or arcane details of recycling infrastructure. In reality, as a society, we entrust leaders to make decisions – like the type of cup used – in a truly responsible way, even if that issue has gone undetected by the general public. To quote C.S. Lewis, ‘Integrity is doing the right thing, even when no one is watching.’”

“We recognize Starbucks is an iconic brand with outsized consumer mindshare – their adoption of truly recyclable cups will cause the rest of industry in the US to follow and accelerate the overdue transition to more sustainable cups.”

“Beyond fulfilling Starbucks’ ‘social license to operate,’ there are clear business and shareholder rationales to embrace #UpTheCup: greater public awareness of cup pollution could lead to a consumer backlash – hurting revenue – and an ESG investor ‘re-rating – hurting Starbucks’ stock price.”

“Furthermore, we view additional ‘extended producer responsibility legislation’ as inevitable – companies like Starbucks should be proactive, not reactive,” adds Harney.

WHAT CAN YOU DO?

Through its NextGen Cup Challenge, Starbucks has limited its search to a cup that could be recycled as well as composted. Although this seems like the most sustainable solution, it is not. The compostable cup Starbucks is proposing would be disposed of in an industrial composting facility to effectively reduce its negative environmental impact. Today there is insufficient industrial composting infrastructure to process this waste. As a result, the SEAL Impact Team supports the expanded production of recyclable cups before developing cups built with composting material. With Starbucks’ deep financial and management resources, we believe this dual-track approach of implementing recyclable cups today while further developing compostable technologies is 100% achievable. 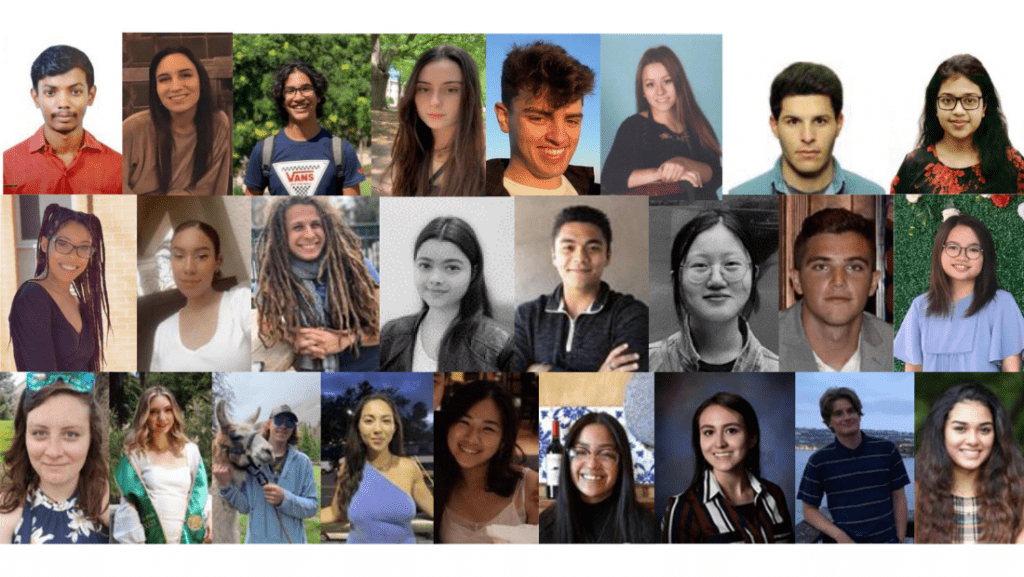 We are grateful to the SEAL Impact Team for their contributions and hard work on this campaign.

We believe the caliber and size of this team, especially that a small organization like SEAL was able to recruit, is a further indicator of the level of support initiatives like UpTheCup would generate if enacted.

SEAL (Sustainability, Environmental Achievement & Leadership) Awards is an environmental advocacy organization that honors leadership through our awards for business sustainability & environmental journalism while funding research and pursuing our impact campaigns like “UpTheCup” and previously “Eco Rewards.”