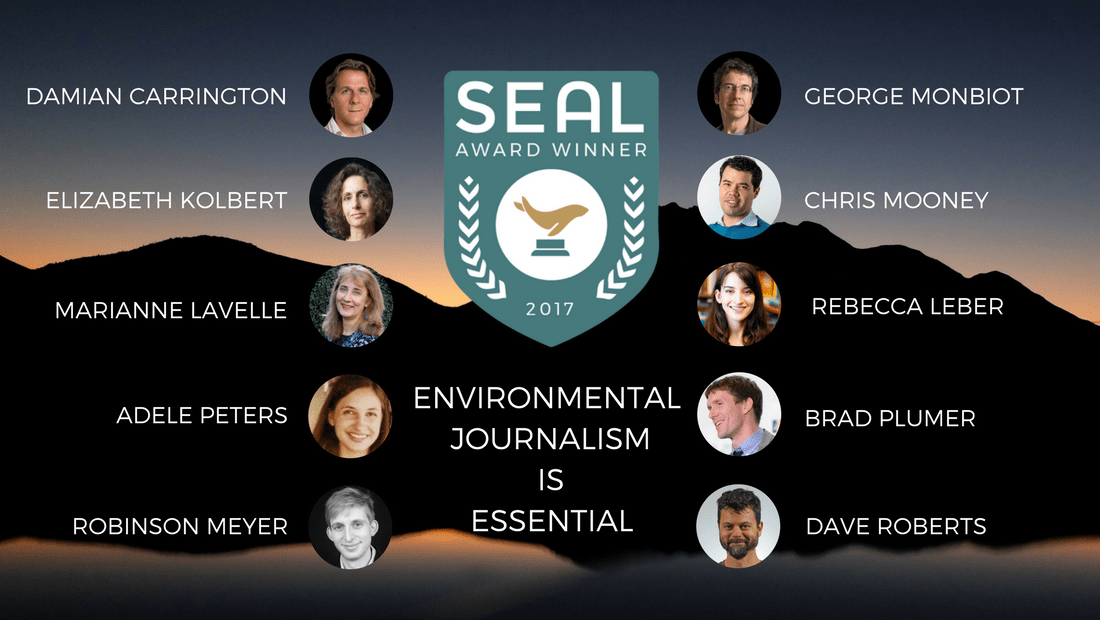 Posted at 22:05h in Press by Matt Harney
Share

Honorees include Adele Peters of Fast Company, Brad Plumer of New York Times, Chris Mooney of Washington Post, Damian Carrington and George Monbiot of The Guardian, Dave Roberts of Vox, Elizabeth Kolbert of The New Yorker, Marianne Lavelle of Inside Climate News, Rebecca Leber of Mother Jones and Robinson Meyer of The Atlantic.

“We started the SEAL Awards because recognition is the highest form of accountability, and we hope that the awards will increase focus on environmental action in the future,” added Matt Harney, founder of the SEAL Awards. “Environmental journalism matters now more than ever. We want to reward journalistic excellence and leadership and encourage even more coverage of these topics.”

With all writers covering the environment eligible and under consideration, winners were selected based on a panel review of each author’s work, peer nominations, and were chosen based on alignment with timely environmental topics and issues.

“We live in a noisy world, especially when it comes to media – both traditional and social. We need accurate and thorough journalism to play a leading role in informing the public of pressing economic, environmental and social trends and opportunities,” commented awards chairperson Bruno Sarda, Head of Sustainability at NRG Energy and Professor at Arizona State University’s School of Sustainability. “At the end of the day, businesses and citizens will support and drive environmental progress if they’re armed with fact-based information through compelling journalism, as such, it’s important we recognize reporting excellence.”

The Environmental Journalism Awards are part of three annual awards which honor the pillars of environmental progress. The Environmental Research Grant Awards were offered in July. The winners of the inaugural SEAL Business Sustainability Awards will be announced in November.

ABOUT THE SEAL AWARDS

The SEAL (Sustainability, Environmental Achievement & Leadership) Awards launched in 2017 and is an awards-driven environmental advocacy organization. Our core beliefs maintain that environmental progress requires leadership, leadership deserves recognition, and recognition is a form of accountability.